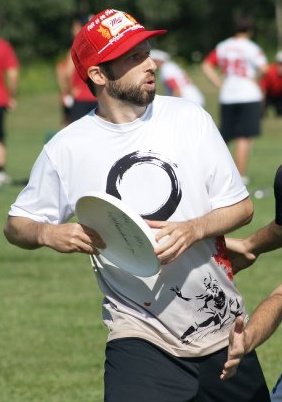 One of my favourite moments with the team was at the 2008 Regionals – we were down 10-6 against BigFish and I called a timeout and gave a speech; the team responded in a huge way and we won 15-12.  That was only topped by making Nationals in my fourth year playing Zen in 2011.

If you think you might want to tour, then you definitely want to tour. Unless you don’t like having fun.  And don’t forget to bring Advil to tournaments!